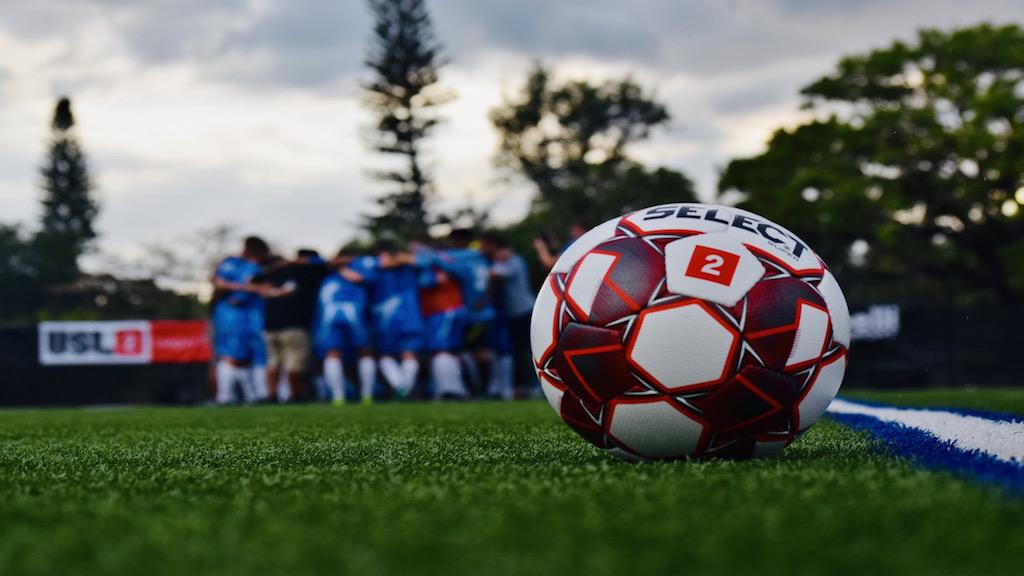 The 2020 USL League Two season will be the 26th in league history, and it’s poised to be the biggest yet. 16 clubs have joined the league during the offseason, bringing the number of participating teams to a record high. With the Path2Pro looking stronger than ever, get to know the newest members of League Two.

The Great Lakes Division looks entirely different than last year, when Flint City Bucks emerged as the second-place finisher and went on to win the League Two Final. The Bucks have gained a host of new in-state challengers, adding plenty of local rivalry fixtures between Michigan clubs. AFC Ann Arbor, Oakland County FC, and Grand Rapids FC have all joined the division, creating a strong contingent of League Two clubs from the Wolverine State.

South Bend Lions roared to life as well, with the brand-new club set to play its inaugural season this year. Rounding out the division is Louisville City FC U23, a team which should be stacked with talented young prospects from USL Championship organization Louisville City.

The Mid Atlantic Division gained two excellent organizations from the greater Philadelphia area in West Chester United SC and Philadelphia Lone Star FC, and the clubs are no strangers to facing each other on the pitch. With back-to-back Eastern Conference champions Reading United just a short trip away, some of the best League Two action is sure to take place in Pennsylvania this season.

Each team in the Mid Atlantic will also be taking an exciting new away day with the addition of FC Bascome Bermuda to the division. The club is set to provide a much-needed platform for Bermudian players, and competing against the quality present in this division is sure to help those players test themselves and gain exposure at a high level.

One of the earliest expansion clubs announced, Asheville City SC brings incredible fan support with them to League Two and the Deep South Division. Any opponent hoping to get a result at Memorial Stadium faces a tall task.

Further south, two Georgia clubs will only increase the competitiveness of the league’s largest division. Southern Soccer Academy Kings make up the senior team for one of the nation’s best youth clubs, and boast experienced professional manager Simon Davey at the helm, who famously led Barnsley to the FA Cup semi-final in 2008. East Atlanta FC will look to make a splash in its first season of existence, the latest club to tap into the soccer hotbed that is Atlanta.

One of the most popular clubs in the USL Championship added a U23 side to expand its development pathway, as New Mexico United U23 looks to spread the Path2Pro around its home state. The division is also home to the latest Rush affiliate in League Two, as Colorado Rush will field a team of its top prospects in the league.

TFA Willamette U23 is yet another prominent youth club to add a League Two team to the top of its youth development pyramid during the offseason, and they’ll provide stern competition for established sides like Portland Timbers U23, Sound FC, and Lane United in the Northwest.

Tampa Bay Rowdies U23 are the lone addition to the Southeast Division, which The Villages SC has dominated in recent years. The team will play its home matches at the historic Al Lang Stadium, the home venue of professional parent club Tampa Bay Rowdies in the USL Championship.

Spearheaded by local investment and the men’s soccer coaching staff at Bradley University, Peoria City has yet to release its branding. But the club will be valuable to the area’s soccer players, who previously had to look elsewhere to further their professional development.