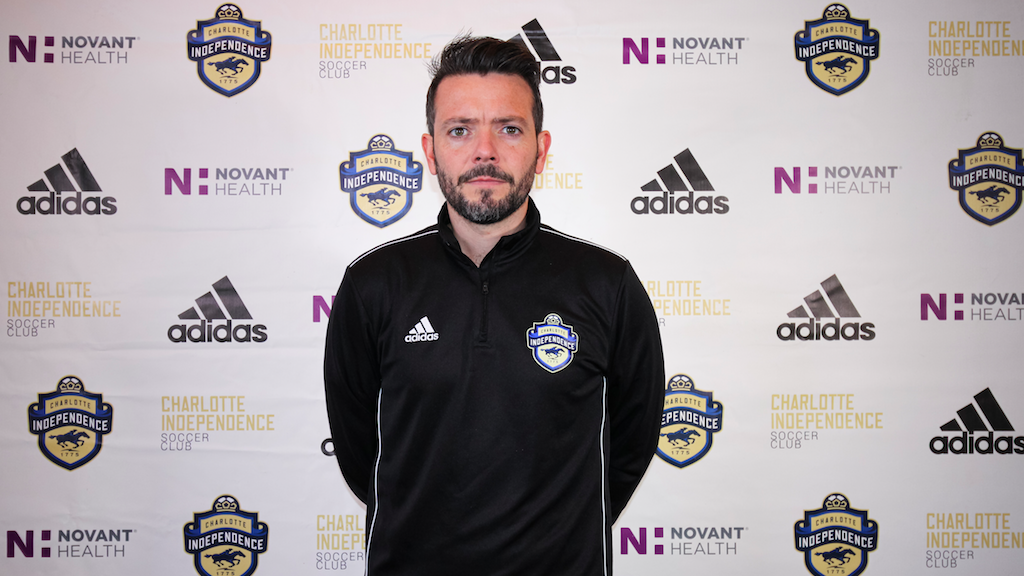 Carton will begin the job immediately as he chooses a roster and staff and preps for Independence 2’s inaugural season in League Two this coming May.

"I’m very proud to take on the role of head coach, and to lead the program in what will be our club’s first year in the league," said Carton. "I have always felt that this phase of a player’s development has been underserved in recent times, and I am very excited that our club can provide this platform for our players. This is an excellent league, which will expose our players to the next step in their development. This program is an integral part of what makes our club unique in our soccer community, and I look forward to working with the players and staff to make a very real impact in this league."

Carton, with 15 years of experience as a coach and director of clubs in the Carolinas, becomes the first-ever head coach to take the reins of Independence 2. In addition, he is the Technical Director for Independence SC where he is responsible for club curriculum and player development among other duties.

"Dave [Carton] is a natural choice for the position, stated Thomas Finlay, Independence Soccer Club’s Chief Executive Officer. "He is qualified, soccer smart, and motivated, and will play a significant role in how we integrate our youth club with the pro team as well as unifying the soccer community. This is purely a reflection of the club's commitment to player development for all players."

Independence 2 provides a professional environment to help bridge the development gap between the club’s Academy and its USL Championship team, the Charlotte Independence. Carton and his staff will help introduce Independence SC’s Academy players to the professional platform through the summer months, integrating them with current high-level college players that are alumni of the club, and USL professional prospects, as part of the Independence’s Player Pathway.

The program, which will compete in the Deep South Division in League Two’s Southern Conference, will allow Independence SC to align its identity and playing style with its parent side in the USL Championship, completing the club’s Development Pyramid.

"The goal of the program is to link and connect the work we are doing with the Academy, with what Mike (Jeffries) is doing with the first team," added Carton. "We will build the squad primarily around top Academy players and Independence SC Alumni that are currently competing in their college programs. The aim here is to knit the club together, building on an already existing emotional connection, but also provide a feeling of belonging among the players that is very often missing at this level of play. This facet of the program motivates me greatly, and I believe will create a unique League Two environment that our players and members can be proud of."

A native of Wexford, Ireland, Carton graduated from Winthrop University with a BA in History, followed by a master’s degree in History in 2010, receiving a second master's degree in International Sports Management from the Johan Cruyff Institute for Sports Management in 2015. After graduating, Carton joined the coaching staff at Winthrop. In his three years on staff, the Eagles won a Regular Season Championship and two Big South Conference Championships.

Additionally, Carton spent 12 years at Discoveries Soccer Club where he was an Academy Director, Director of Coaching, and Executive Director.

Carton holds a USSF National “A” license, USC Premier license, and a Master Coach Diploma from the United Soccer Coaches.