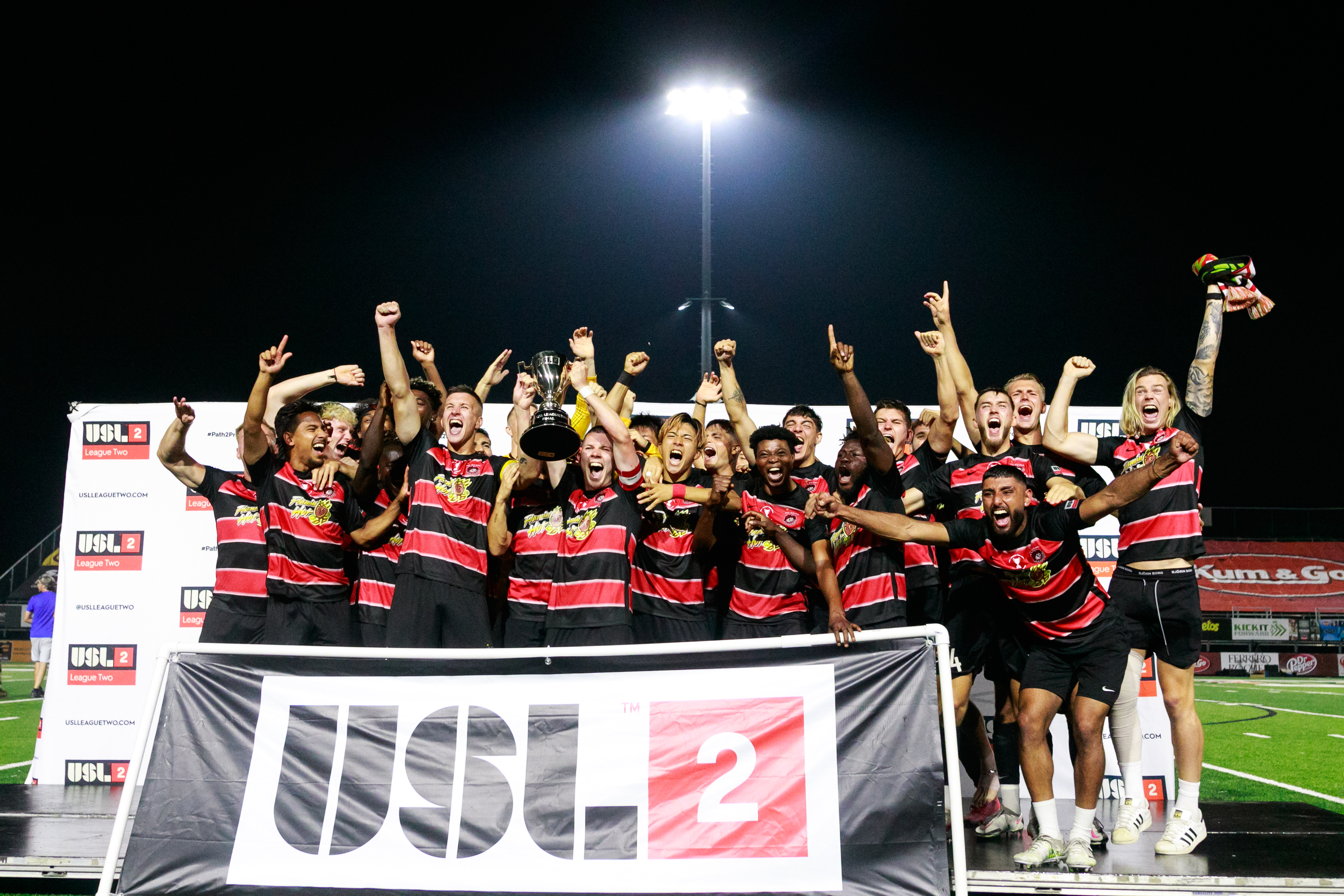 DES MOINES, IOWA - The Des Moines Menace has secured a second League Two title-winning season after defeating North Carolina Fusion U23 in a 1-0 victory in the 2021 League Two Final Presented by Motel 6 on Saturday night. The Iowa-based club clinched its first title in the 2005 season and has waited 16 long years for a chance to add a second star to its crest.

On Saturday night, the Des Moines Menace and North Carolina Fusion U23 took the field in front of a record-setting 7,342 fans to compete in the 2021 League Two Final. Both clubs brought over 20 years of League Two club history to the field making this year’s National Final one for the books. In an all-out battle on the pitch, the Menace found themselves fighting for a shot at a title-winning season and ultimately came out on the other side victorious.

The first half of the Final was tame with an even share of possession and just a few quality chances on either side of the ball. With each dangerous attempt falling high and wide of the posts, the teams pushed through a scoreless half to find themselves heading into the next 45 minutes with an adjusted mindset and an overwhelming desire to win.

The second half saw a few early opportunities for the Menace, testing Fusion U23 goalkeeper Josh Perryman between the sticks. In the 56th minute of the match, Manel Busquets received a beautiful long ball from his backline and smoothly worked his way around the keeper to slide one in for the home side in front of a roaring crowd at Valley Stadium. The striker’s goal proved to be the difference maker of the match allowing Busquets to take home MVP honors for the match while the Des Moines Menace finally brought home its second title in league history.